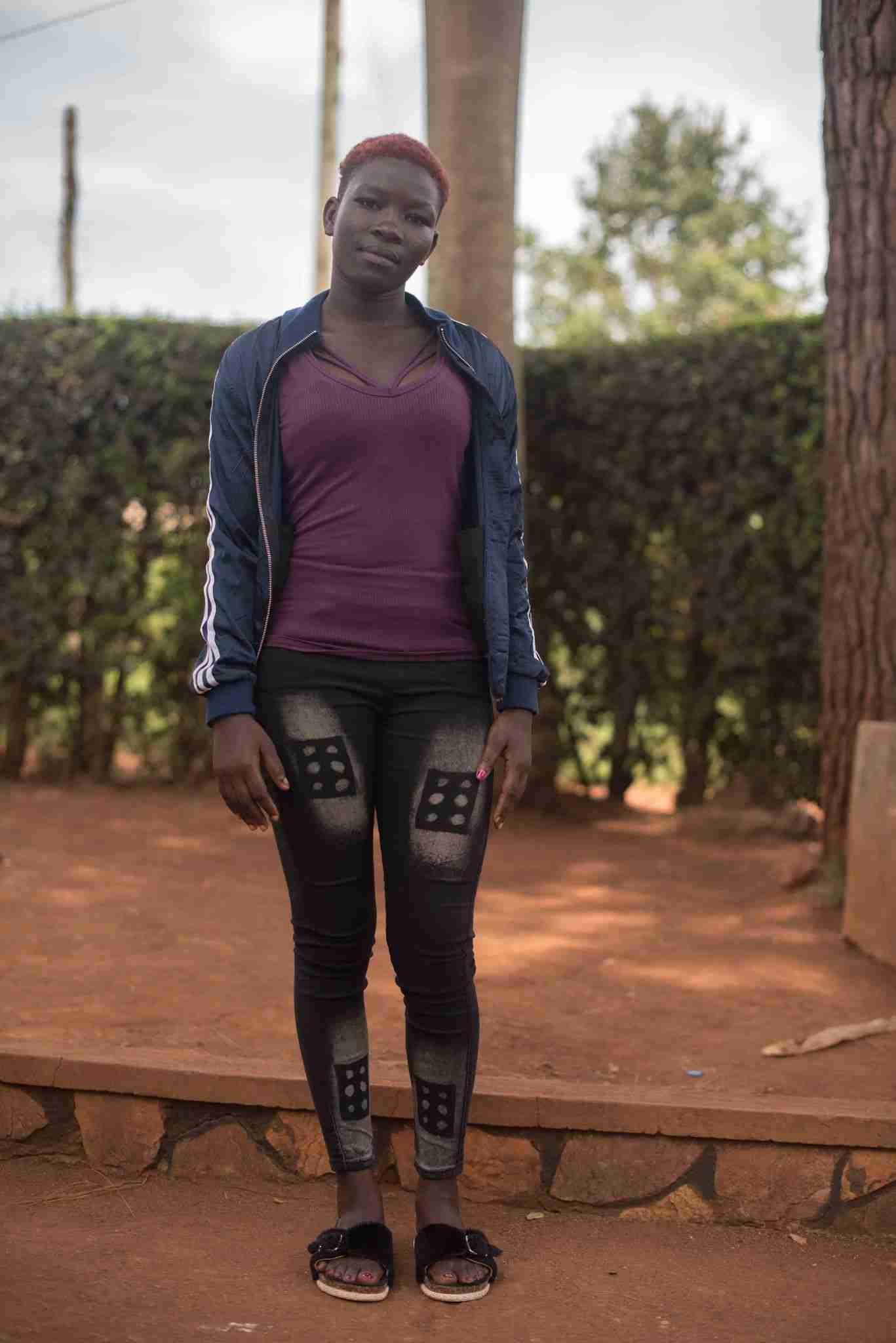 Brenda was born in the Moroto region, where she lived with her mother, father, and 6 siblings. There were 4 girls and three boys. Life in Moroto had always been hard for the family. They had to fear and struggle with tribal and civil wars, constant hunger, and terrifying drought in the area. After her father was killed by rebels, her mother could not support her children alone, so three of them (Brenda, Friday and Esther) were sent to live with their aunt in Jinja.

Life was better in Jinja, but not by much. Their auntie lived in a slum called Masese, and in order to find food, the children went to the streets daily to search through rubbish pits. Brenda had not been able to attend school because the cost was unaffordable. Her aunt’s husband was an alcoholic and used to beat his wife and all the children. Brenda and her siblings were beaten, starved and mistreated the most because they were not his children.

In 2008, the Peace for Paul Foundation met Brenda’s brother, Friday, on the streets where he had fled from their uncle. Soon after, Brenda and Esther were able to join the Peace for Paul family and attend school. All three of the siblings are now together and off the streets, looking toward a happy future.

Brenda now attends a highly ranked secondary boarding school and has big dreams to become a social worker in the future. She says that she wants to help support children, just like her. In 2019, Peace for Paul’s social work team located Brenda’s mother in Northern Uganda. Now, during school holidays, Brenda travels back to Karamoja (with her siblings Esther and Friday) to learn about and be a part of their culture. She enjoys spending time with her mother and other family members during holidays and does her best to help them as best she can.

What do you want to be when you grow up? I want to become a social worker

Why? So I can associate with many people

What is your favorite color? Pink

What is your favorite food? Rice and beef

What are your hobbies? Playing jokes, playing netball and watching movies

What is your favorite school subject? History