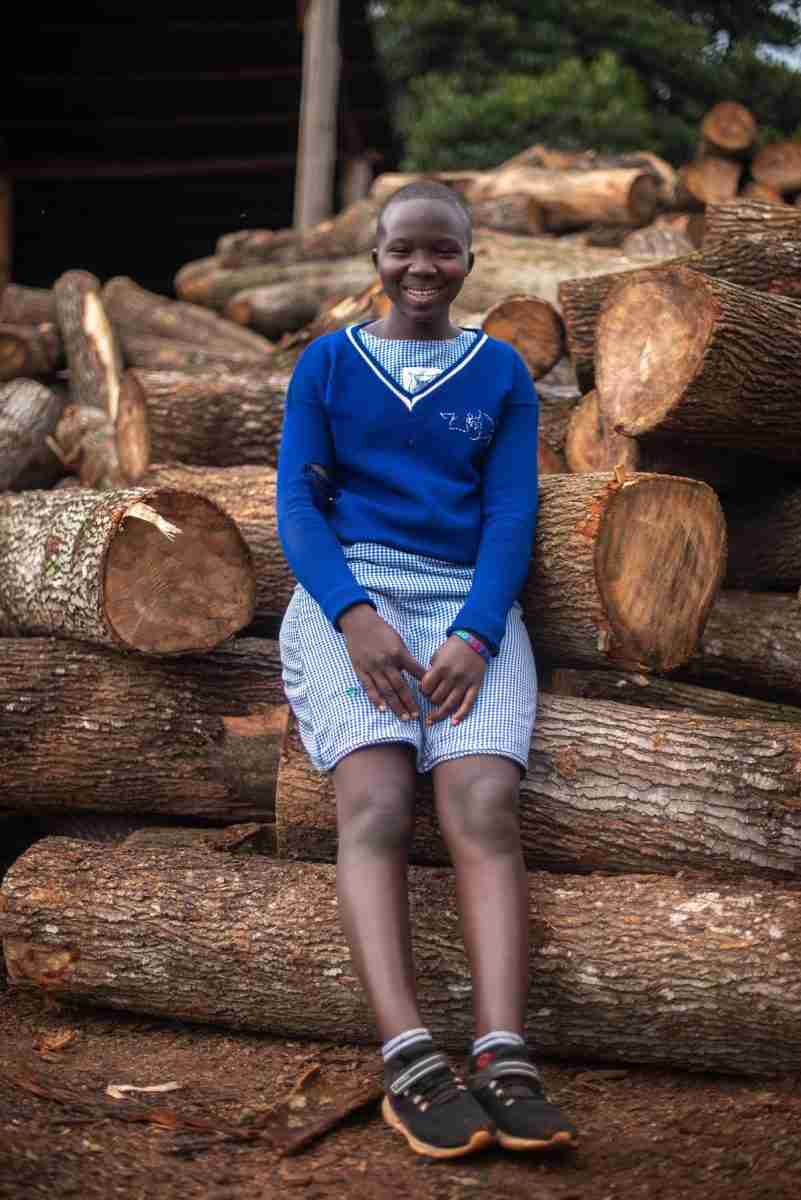 Zaida lives with her sister Scovia and Scovia’s twin sons in the village of Mpumude, Uganda. Zaida was abandoned by her father when she was a baby and her mother died in 2012, leaving Zaida, effectively, an orphan. Her sister Scovia took her in and has done the best she could to provide a home and a family for her. Zaida’s sister had at one time, been married to the love of her life but sadly in 2021, he died in a motorcycle accident and Scovia was left on her own. Her late husband’s family did not accept Scovia or Zaida and denied them access to any of the property Scovia’s husband had left behind for her. They demanded that Scovia marry an elderly man from the family in order to gain access to any of her inheritance. When she refused, they sent her away and she was left on her own to struggle for survival. Scovia has since been struggling to make ends meet and to care for her twin sons and Zaida.

Zaida’s sister worked hard to support her family, but as she does not have a formal education, and jobs are so scarce in Uganda, she was only been able to find work as a cleaner for very minimal pay. When she was done with her daytime cleaning job, Scovia tried to supplement on her income by carrying timber to the machinery area at a local workshop. Unfortunately, the money that Zaida’s sister made doing this type of work was barely enough to feed the family or provide for their most basic necessities, let alone pay for school fees and supplies for Zaida. Scovia understands very well the importance of education and has sacrificed as much as possible to ensure Zaida continues to attend school. Most terms Zaida was unable to sit for exams due to unpaid school fees, but Scovia sent her to school to learn nonetheless.  The pain of her loss, rejection and stress of being unable to feed her family has caused an impact on Scovia’s overall physical health and mental well-being. She often fell sick and was unable to work. At the end of the school day, Zaida would come home and clean their compound and cook meals so that when Scovia came home from work, she could find some rest. Together, they have done their best to make it work.

Now with a hand up from PFP’s Junior program, Scovia is able to send Zaida, as well as her own twin sons to school, as they all work toward a better future, together. Zaida is now enrolled in a local primary school and she hopes to one day become a doctor. Life is finally looking up and Zaida hopes one day to help pull herself and her sister out of the poverty they were both born into.

Why? Because I want to help people

What is your favorite color? Pink

What is your favorite thing to do? Playing dodgeball, reading and doing arts and crafts

What is your favorite subject in school? I love English and science

Why do you feel school is important? Education will help me to make a better life