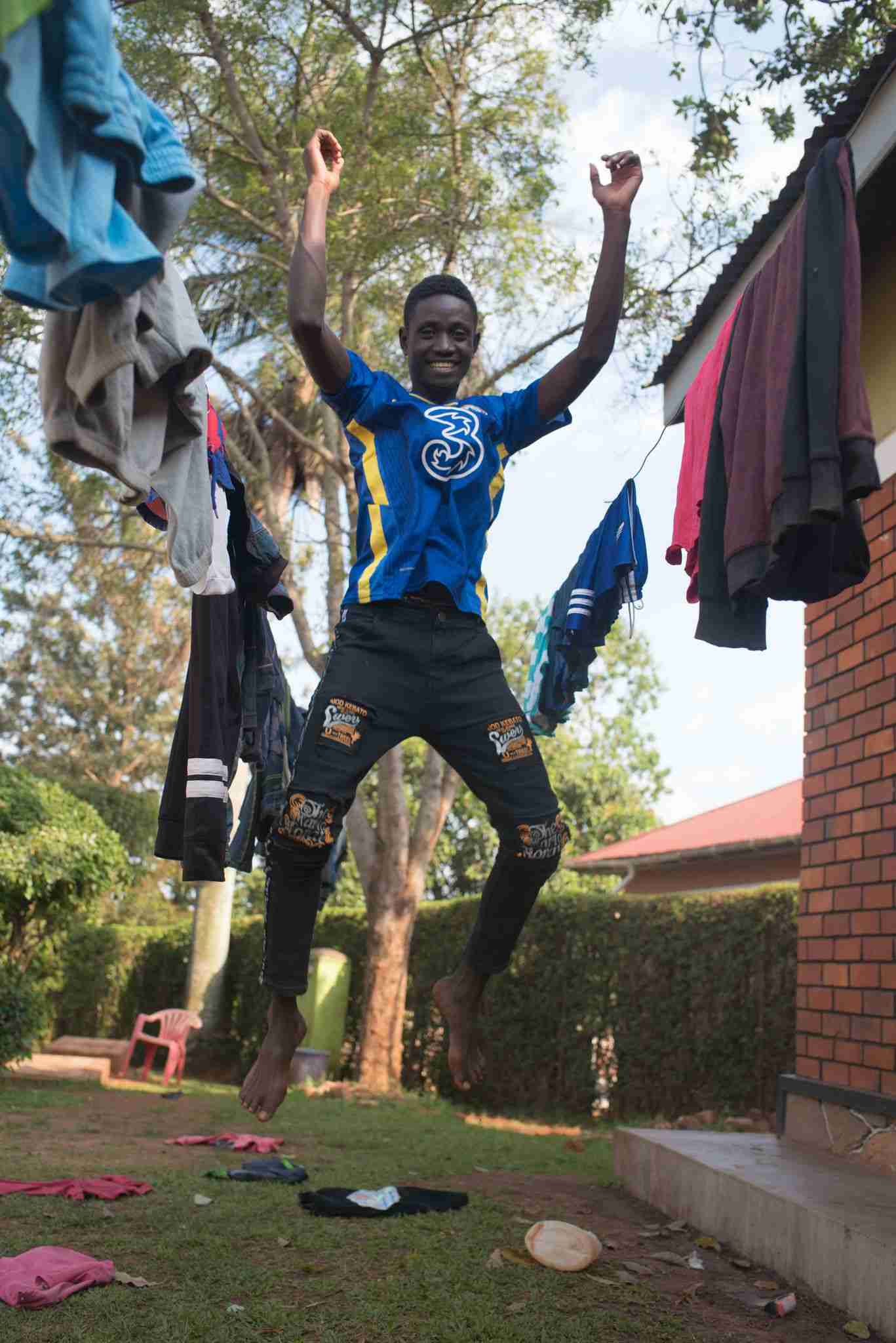 “I was born in 2000 in a village called Budoma. I have one older brother, Allan. We had another brother and sister but they both died of illness when I was young. My father is a good man but he would abuse alcohol so much when we were kids. When he would take alcohol, he could beat my mother and Allan and me. My mother would fight with my father so much. Then, in 2007 my mother left all of us in the village.

Some time after this, my father and Allan went to live with my uncle in Bugembe. This was so my dad could get healed of his illness with alcohol and so that Allan could study. I stayed in the village for another year until my auntie came for me so that I could study also.

Me and my brother Allan were able to study with Peace for Paul in 2011. My school is so good and I like my life so much. I want to be a pilot so that I can help my family in the village someday”.

In 2011, both Allan and Arthur were welcomed home to the safety and stability of The Peace for Paul family. Arthur now attends a highly ranked private boarding school and when not studying, he enjoys playing football and hanging out with his friends.

In the 8 years that Arthur and Allan lived at The Peace for Paul family home, their father was able to work hard and turn his life around. He has given up alcohol and now works as a farm hand on the PFP piggery. In 2019, their father welcomed both Arthur and Allan to live with him on the farm.  PFP continues to support Arthur with education and medical related expenses, but during school holiday he spends time with his father on the farm. He and Allan have also maintained a close relationship with their uncle’s family and spend a lot of time with them as well.  Arthur loves spending time with his dad and works alongside him at the farm, learning farming skills which may become beneficial in the future.

What do you want to be when you grow up? I want to become a pilot

What is your favorite subject in school? English