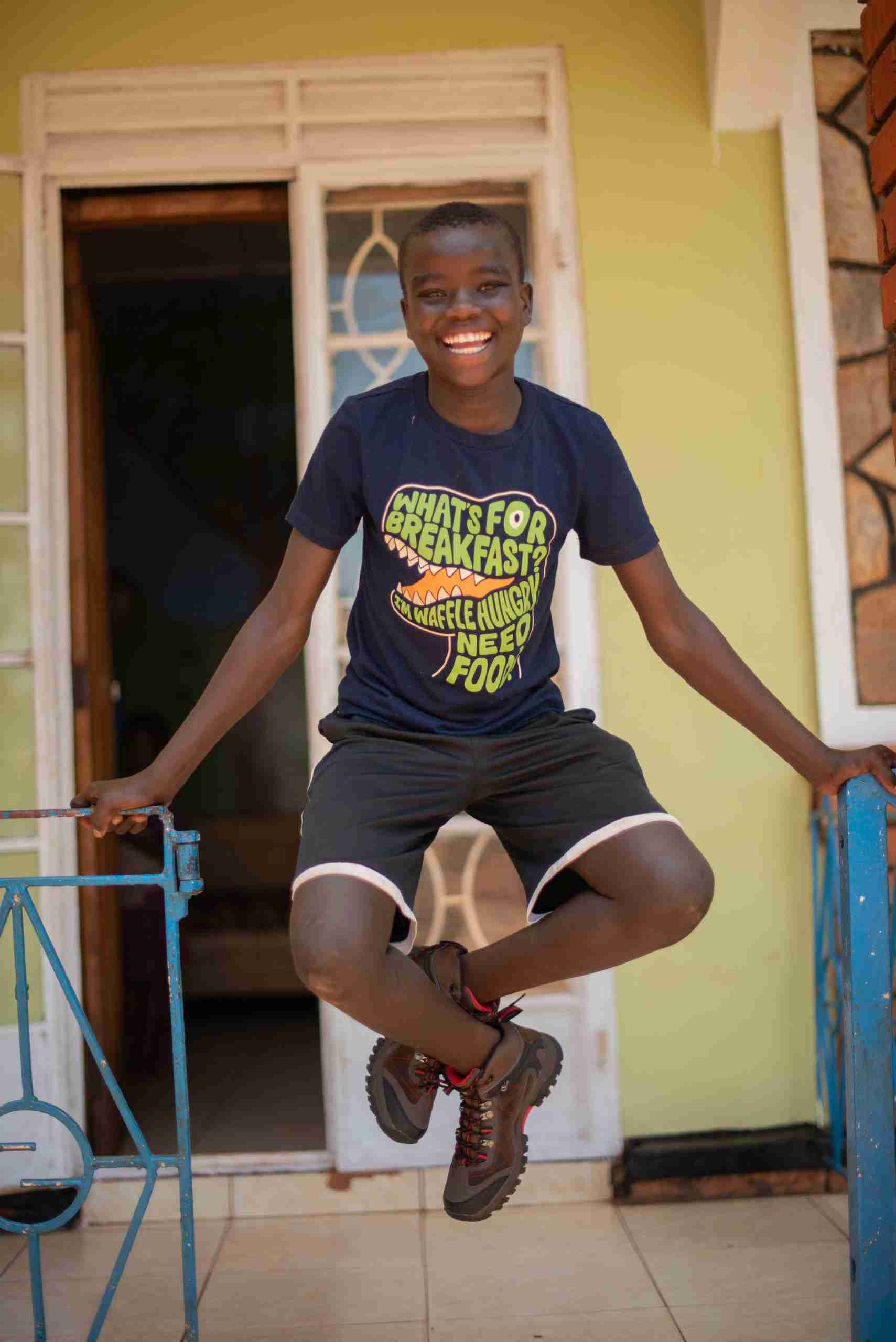 Kemi became an orphan when he was just a few years old. He does not know how his parents died, just that he found himself all alone when he was only a toddler. After the death of both of his parents, an uncle came for him and promised to bring him to Jinja (a larger city) to attend school and care for him. Sadly, once Kemi arrived in Jinja, the uncle began torturing him. He refused Kemi food, abused him emotionally and physically and refused to pay his school fees. Instead, Kemi was used to do the uncle’s work as a sort of child slave. He would be sent to the streets to sell his uncles trinkets and so he worked while he slowly starved under the hot sun.

In order to save himself, Kemi ran away and began living on the street both day and night for five years While there, Kemi would eat from trash bins, beg for money during the day and sleep on the hard ground at night. When he was caught stealing food out of desperation, Kemi recounts the beatings he would be subjected to from the police. Kemi and his friends tell the story of how the police would find the young boys sleeping on the street, and as a game to entertain themselves, would wake the children up and force the boys to fight each other or they would “face the batons”. To escape from the anguish of this mental and physical abuse, and the physical pain from hunger, Kemi began huffing jet fuel oil- as many children who live on the street in Jinja do. The drugs numbed his pain and allowed him to sleep at night, but they affected his physical and mental state. As a result of this difficult life, Kemi began to fall sick and his health deteriorated. He started to lose hope for his life and for his future.

In May of 2021, Kemi was one of 6 young children who were found living on the streets of Jinja and who volunteered to play a role in the PFP video filming project. When he was found by the PFP team, Kemi was close to death as he had a case of very advanced malaria which he had no hope of treating. He was not able to stand, to speak or to take in any food or water without vomiting. Before taking part in the video, Kemi was given full treatment, support and love. He made a full recovery and by day 3, was able to eat, drink and laugh again. As it soon became clear that Kemi had a desire to return to school and to get off of the street, PFP helped to make that dream a reality. Kemi has now been welcomed into our full program and school fees, a loving home and financial support will be provided indefinitely.  Kemi will reside at PFP’s Hope Home while we search for a safe and loving family member that he may be reunited with. Should we not be able to find a safe place for him, Kemi will have a home with us at PFP’s Hope Home for boys. Kemi will now look toward his future with hope and the goal will remain to see him find joy in life and be empowered to rise up out of the poverty he was born into.

What do you want to be when you grow up? I want to become a secondary school teacher

Why? I love teaching and I love children

What is your favorite food? Rice and meat

What is your favorite thing to do? I love playing football (soccer)

What is your favorite subject in school? Math

Why? Because I love counting