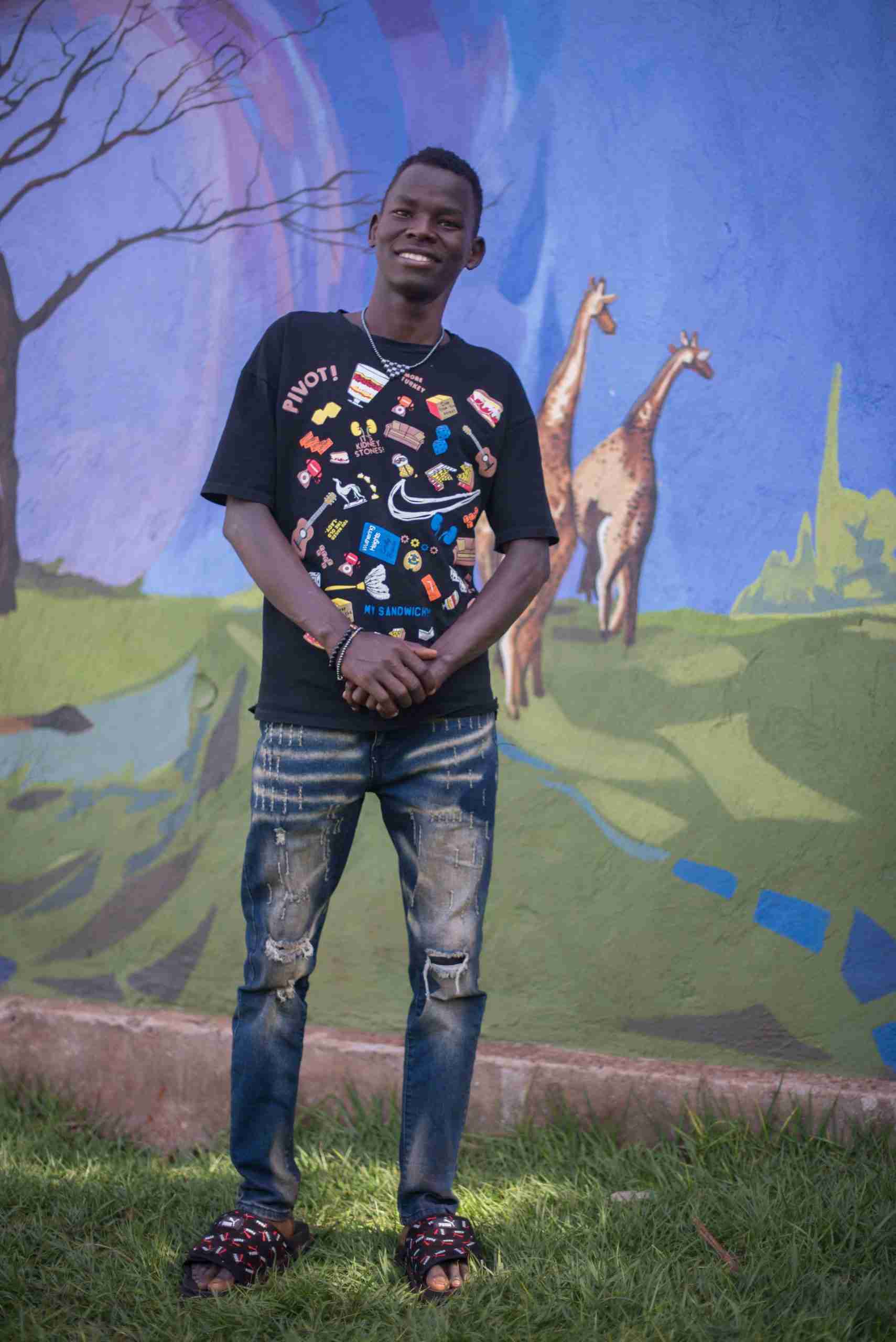 Michael was born in Karamoja, Northern Uganda and was one of 6 children. He lived there with his mother, father and five siblings for many years. In Karamoja, the family suffered from drought, hunger, and the war until one day, his father was speared and killed by rebels. After Michael’s father was killed, his mother traveled to Jinja in search of a better life.

When they arrived in Jinja, the family had nowhere to go so were on the streets seeking food, help, and shelter. They were very poor and hungry but Michael, his mom and brothers tried hard to provide. To get money, the boys brothers collected maize (corn) and firewood.

Michael says “We used to live in the slums of Masese and life was really hard because we only could survive on one meal in a day when we had money.   We could rent a room to stay in but it was very expensive to pay monthly since our mother never had a stable income source that would generate some money to allow her to help us. This resulted in us children resorting to street life and me and my brothers started begging so that we could support our mother. Even though we did that, it was still so hard and still as we were there, we were unable to raise even the money for rent because we had so little food to survive.

I therefore decided to join the Child Restoration Organization, project which used to support all the street children and it used to provide to them the education. Still, while I was there, all never seemed that fine because this organization only provided the education to me but left out the other basic needs like food, medicine and shelter. So life continued in the hard way because as I always left school, I would then immediately go on the streets and start begging so that I could try to raise something to take back to mother who did not have a job.

My coming into the Peace for Paul Foundation family was through my young brother Kurre Bosco who had been rescued from the streets my the Founder of PFP. When I started staying in this family just for a few days, I realized a great difference. Now am living this kind of happy life and getting all the necessary basic needs any child anywhere should be provided with.”

During school holidays, Michael travels back to Karamoja to spend time with her mother and to learn about and be a part of his Karamojong culture. He enjoys being there with his mother and all of his siblings and knows that Peace for Paul will continue to ensure he has food, medical care and all other necessities while there.

What do you want to be when you grow up? I want to become a lawyer

Why? I want to help poor people defend themselves

What is your favorite color? Red and white

What is your favorite food? Rice and beans

What is your favorite subject in school? Divinity