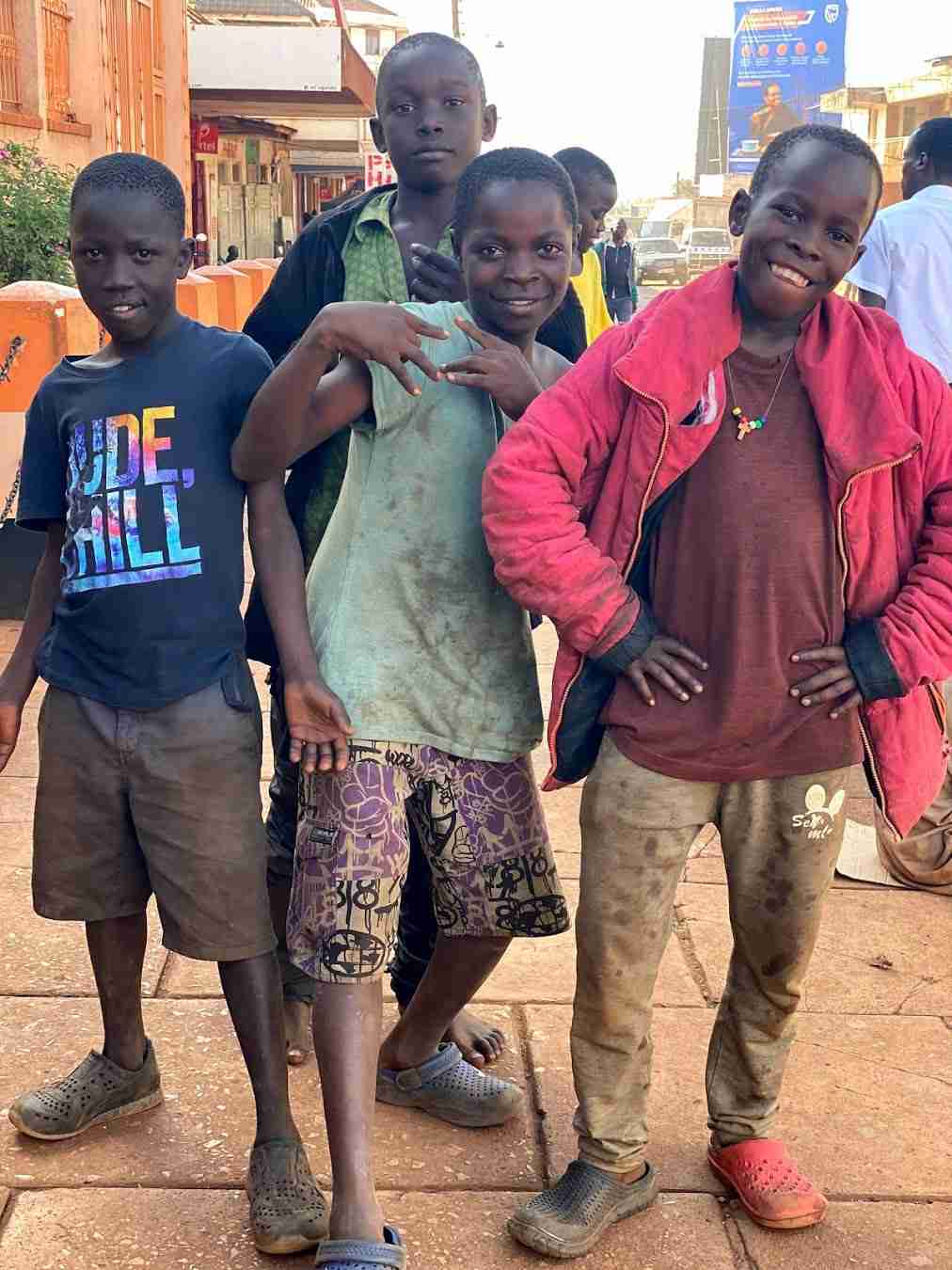 Matthew’s parents divorced when he was just one year old. After the divorce, his mother abandoned Matthew and ran away to Kenya, never to be heard from again. His father is a kind and loving man who tried his best to provide love and support for both Matthew and his brother Orono. Due to poverty, his father had never been able to send Matthew to school, but he did his best to show him love and to bring food to the table. Unfortunately, in 2021 his father was arrested over land issues and Matthew and his brother found themselves all alone. The two boys got separated and Matthew went to the streets of Jinja to look for food and a way of survival.

Matthew lived both day and night on the street for one week and here, he would eat from trash bins, beg for money during the day sleep on the hard ground at night. When he was caught stealing food out of desperation from starvation, he recounts the beatings he would be subjected to from the police. Matthew and his friends tell the story of how the police would find the young boys sleeping on the street, and as a game to entertain themselves, would wake them up and force the boys to fight each other or they would “face the batons”.

In May of 2021, Matthew was one of 6 young children who were found living on the streets of Jinja and who volunteered to play a role in the PFP video filming project. As it soon became clear that Matthew not only had a desire to return to school and to get off of the street, but he also hoped to find his beloved auntie Orono, PFP helped to make that dream a reality. Our social work team, with the help of landmarks and village names recalled by Matthew himself, was able to trace Matthew’s kind and loving auntie (the sister to his father). She has welcomed him to her home on school holidays and while PFP provides support for boarding school fees, she will provide a loving place to call home and a family to fall back on while they await his father’s release from prison.

Matthew has now been welcomed into our full program and school fees and financial support will be provided indefinitely. Our social work team will make weekly home visits to ensure Matthew’s safety and well-being while staying with his relatives.  Matthew will now be able to look toward his future with hope and the goal will remain to see him find joy in life and be empowered to rise up out of the poverty he was born into.

Why? I hope to treat people’s illness and make them feel better

What is your favorite food? Rice and meat

What is your favorite thing to do? I love playing football

What is your favorite subject in school? Science

Why? Because I love nature