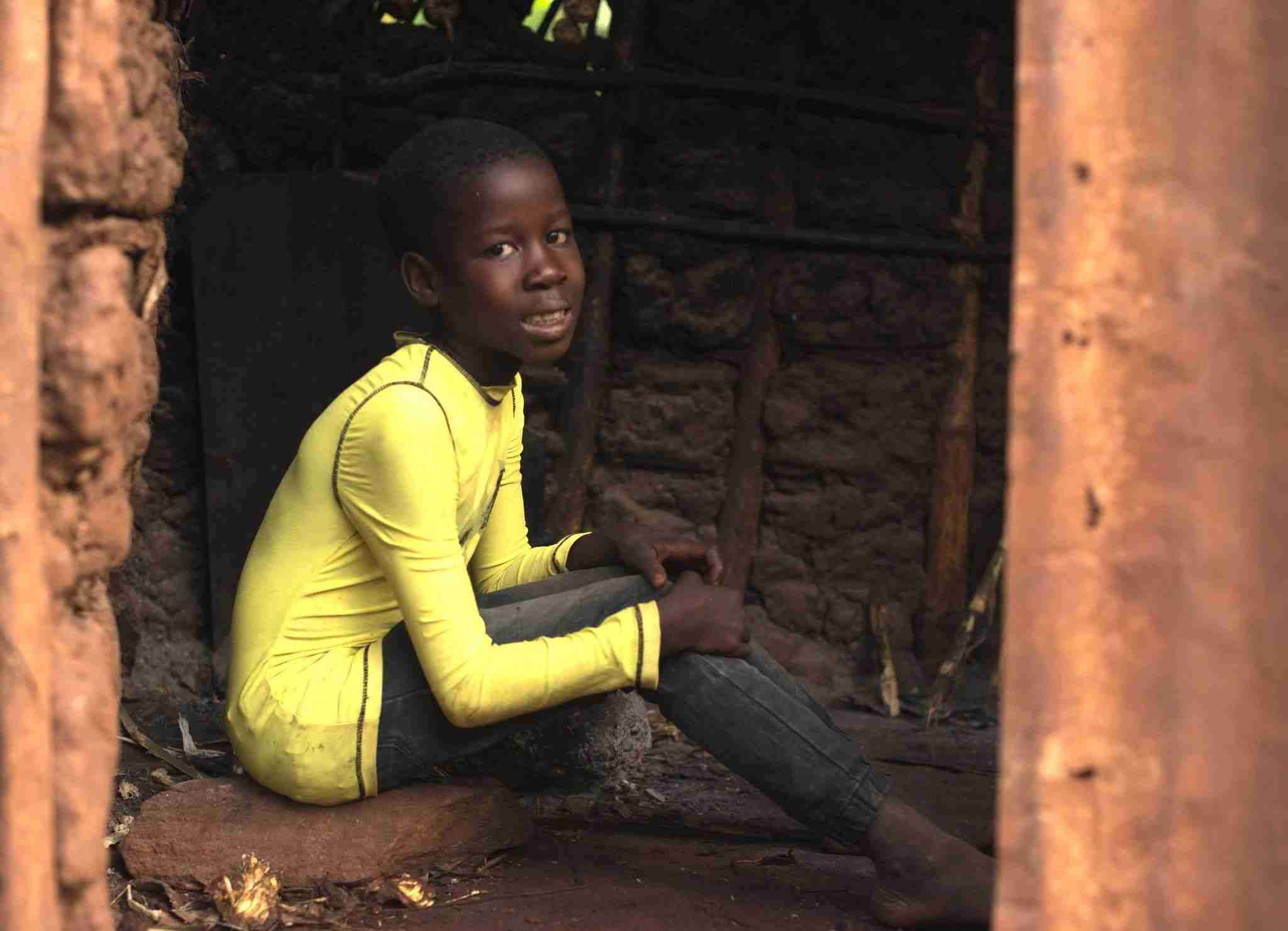 Teddy was born to parents in deep poverty, living in Njeru Uganda. She is the second oldest of four children, with siblings Fresher, Esau and Nakayi.

The four youngsters were made to raise themselves before they were brought to the Peace for Paul family. Teddy’s father was an alcoholic who became so addicted he neglected his entire family and even himself. The father was unemployed and any money he did earn was spent on alcohol. Most nights, he slept outside of the home (at bars, people’s verandas or even the streets). This left Teddy’s mother on her own as she tried to care for her children. In the early years, it was reported she would wash peoples clothes, fetch water or dig in people’s gardens in order to earn some money to feed her children. After many years of struggle however, it seems the mother just gave up and stopped caring for her children. She began leaving the four children in the house for days at a time, completely alone, and without food or water. The children called for help, and unfortunately this angered neighbors who would come and threaten them from outside.

The local chairperson of the village reported that occasionally the mother would come to visit the children, but she spoke negatively about them, blaming them for her own struggles. It came to a point where the eldest brother, Fresher, was old enough to take charge. He became the head of the young family of siblings and would lead them outside to look in rubbish pits for leftover food. He would look for odd jobs to earn some money to supplement as well.

Finally, the children’s struggle was brought to the attention of the authorities who forwarded the case to the police. In 2019, both parents were arrested for negligence, child abuse and forced child labor. It was at this time, that Teddy and her siblings were brought to The Peace for Paul Foundation.

In 2020, Teddy’s mother and father resurfaced and over the course of the year had gotten their life together. They gave up drugs and alcohol and went through parenting training.  They do small jobs in the village and although unable to afford school fees, for Teddy and her siblings, they love getting to spend time with their children and take pride in now being able to provide a home for holidays.  PFP continues to support Teddy with education and medical related expenses, but during school holidays she spends time at her parent’s home in the village. The PFP social worker makes weekly home visits to ensure Teddy’s safety and well being.

What do you want to be when you grow up? I want to become a nurse

Why? So I can treat people

What is your favorite thing to do? I like playing with toys

What is your favorite subject in school? I don’t know yet