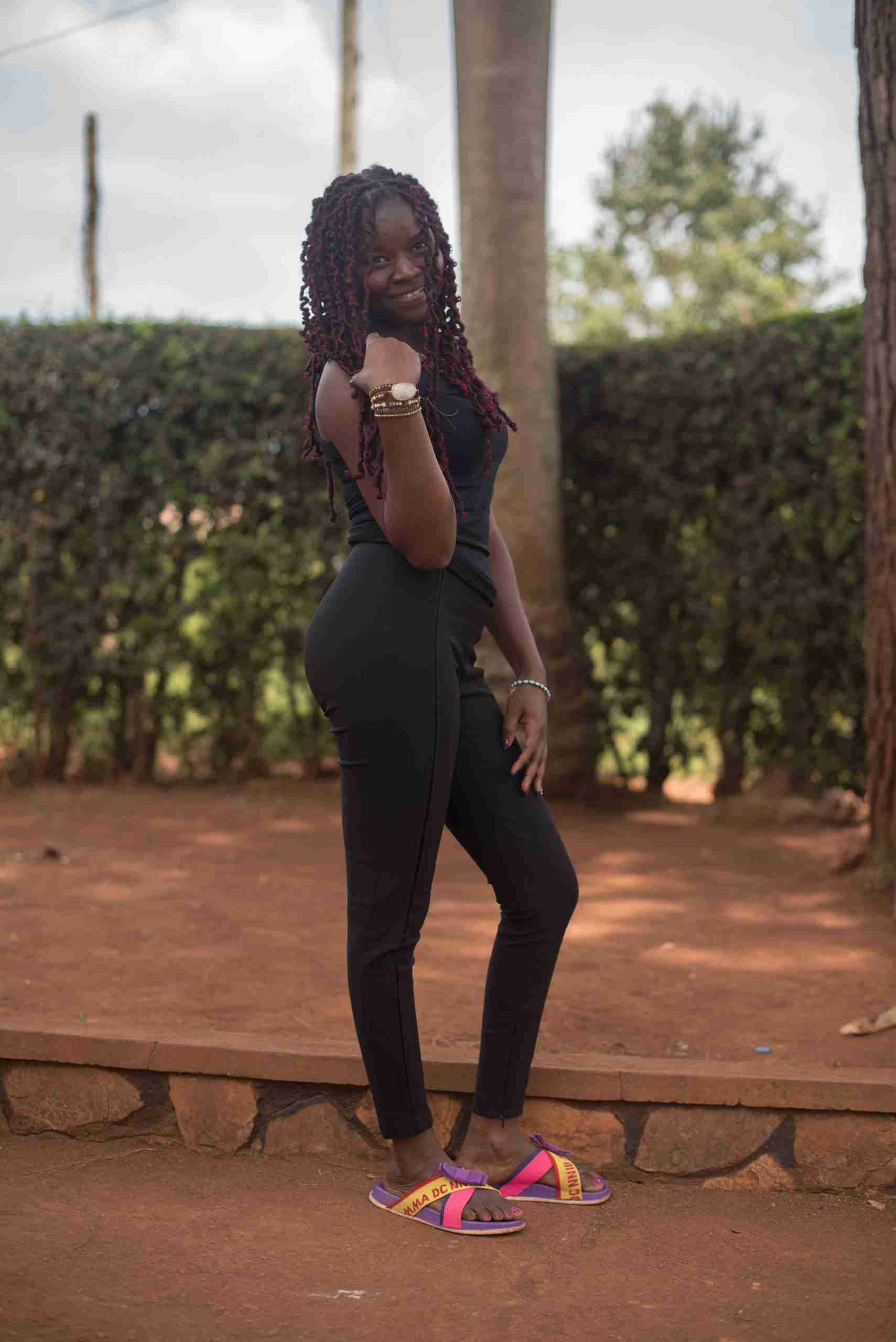 “I was born in Moroto, Uganda as the youngest child and only girl in the family. I lived there with my mother, father and five brothers. In Moroto, we were suffering from drought, hunger, and the war. We lived there until my father was speared and killed by rebels. I was still in my mother’s womb so I do not remember him. After this, my mother took us and we left Moroto for Jinja.

When we arrived in Jinja, we had nowhere to go so we were on the streets seeking food, help, and shelter. We were very poor and hungry but my mom and brothers tried hard to provide for us. To get money, my brothers collected maize (corn) and firewood but I remained at home, alone in the slums of Masese. One day as my mother was digging in the maize field, her lip was bitten off by rebels. This was meant to scare her to leave. She could not work for some time as she recovered from this. Life was difficult and dangerous for us all.

In 2009, my brother Bosco met Aunt Heidi as he was begging on the streets in Jinja. She promised to help him and after some time, my brother was very convincing and I was able to join him too. Some time later, my brother Michael and my cousin Joseph also came to live with us. Now we have all been studying and eating so well. Our life is so good in Peace for Paul and I attend a very good boarding school.

During school holidays, Gloria travels back to Karamoja to spend time with her mother and to learn about and be a part of her Karamojong culture. She enjoys being there with her mother and all of her brothers and knows that Peace for Paul will continue to ensure she has food, medical care and all other necessities while there.

What do you want to be when you grow up? I want to become a flight attendant

Why? I want to keep people comfortable and safe while traveling in airplanes

What are your hobbies? Playing sports, dancing, listening to western music, and going for outings

What is your favorite subject in school? Math and English