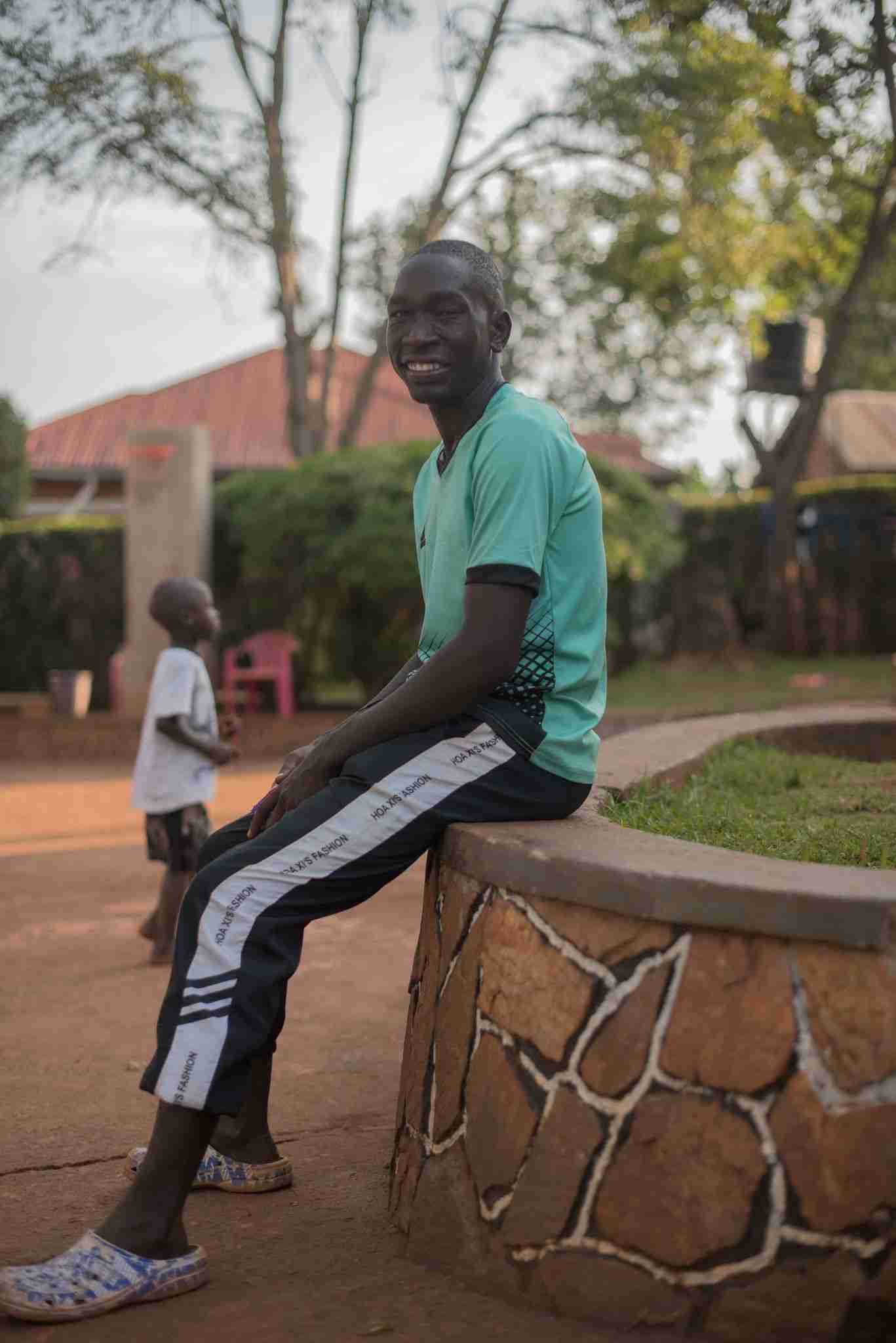 I was born in Moroto, Uganda and lived with my five siblings and my mother and father. My father once had some cattle, which we depended on for food, but after he died the cows were gone and we had nothing to eat. I don’t remember my father because I was so young. After he died, we left Moroto and came to Jinja because we didn’t have any support from our relatives or neighbors and we were starving. We thought that in Jinja we would have a better life, but we also struggled on the streets of Jinja. During the day, my sisters would collect maize and my brothers and I would collect scrap metal for selling so we could get money for food. My family worked together to get the money for survival, but still one of my brothers and one of my sisters died.

On the street, I also picked up charcoal and leftover food at the market. The charcoal was for selling and I would combine the money I got from selling charcoal with the money of other people to pay for a small room to rent. If we couldn’t come up with the money, the landlord would send us away from the house and we would sleep on the streets. After some time working hard to get the money we would again rent a room. I would also not go to school because there was no access by then. Our mother got remarried and gave birth to my youngest sibling, Longoli. This man was harsh to the mother and beat her because he was a drunkard. My mother decided to leave him and to stay alone with us but now she drinks too much too.

While I lived on the streets we would move as a team with Logel, Bosco, Mark, Friday, and all of them. This is how we would protect ourselves. We were a group of ten and we never left each other. We ate leftovers and collected charcoal together. Honestly, what I can say is that all was never going well for me.

I joined Peace for Paul Foundation in 2008 after Heidi found me on the streets looking for food to eat. We were many on the streets by the time she found me. When she found me and the others, she bought us some food to eat and we went away. But on our way going, something came within me and I asked myself that this woman has bought us food but we have not even thanked her. So I went back to her and thanked her for what she had done for me and the others. Then later, after about three days, she decided to take me away from the streets. What I want to tell you now is that I have access to everything I want. I am now in school and in one of the best performing schools in Uganda. I have high hopes for my future and my dream is to be the first person in my family to graduate from Secondary School.

I would like to extend my sincere thanks to Heidi because she changed my life a lot and she is the reason that I am who I am today. I became a son to her and being her first born, she provides me with all I need and will ever require. I also enjoy the time together with others whom I consider to be my brothers and sisters in the Peace for Paul Foundation. Now that I am a young man, during school holidays, I have been able to travel to Northern Uganda to spend time with my older brothers and my birth mother. I try to help them as much as I can and am currently building a small house to live in during school holidays. PFP provides me with all that I need and I share what I have to help raise my family up. I enjoy learning about and being a part of my culture and my family.

What do you want to be when you grow up? I want to become an agriculturalist

Why? I love farming

What is your favorite food? Rice and fish

What is your favorite subject in school? Geography